Nicholas has been Portland’s go-to Mediterranean restaurant since it first opened up as a mom-and-pop pizza joint in 1986. It gradually added more and more Lebanese items to the menu until the city was hooked. Try the mezza. 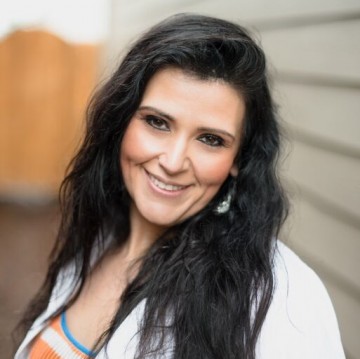 Nicholas Restaurant is a popular family owned and operated Lebanese restaurant in Portland, established in June of 1986 by Nicholas and Linda Dibe. On the eve of their 30th anniversary year GoLocalPDX had a chance to speak to their daughter, Hilda Dibe, the current owner and operator of this always busy restaurant.

How did Nicholas come to be?
Due to war, my father was forced to leave his home in Lebanon in 1982 and seek refuge and a better life for his wife and four children in the United States. My father decided to return to the tragedies in Beirut in order to provide more income for us. Two years passed. We missed our Dad and his holiday visits became tedious and they reminded us of how lonesome we were living apart. My parents had to find a solid source of income and a stable family living situation in the United States Dad decided to take his retirement and use his pension to invest in the authenticity that is today the one and only Nicholas Restaurant.We have been at our Grand location since 1986 providing delicious meals made with the freshest and best quality ingredients. Since then we have also purchased a location on 32th and Ne Broadway, and N. Main Street in Gresham.

What do you attribute to decades of success for Nicholas Restaurant?

It started as my parents’ dream to make a better life for our family and get us away from our war-torn homeland of Lebanon. They succeeded in building this amazing restaurant and then passed the torch to me in 1995. I was very honored and proud, growing up in the restaurant and seeing their hard work, their sweat and tears that made the business grow. I can never let them down, so I will keep the family legacy growing and hopefully pass it on to many generations to come. We are already on three proud generations with my niece and nephew and my son, who was named after my father, our founder.

Why do you think you’ve succeeded where others have failed?
It has been good to have Lebanese and Mediterranean restaurants in our city. It helps plant the seeds of our unique and tasty cuisine everywhere, create more culture and awareness of ethnic foods, and take away the fear, replacing it with a sense of adventure. We keep our energy on staying consistent in the good food we offer and in the customer experience. To that end, we are focused on drawing in new customers. We try to keep our menu fresh by adding some new items every six months while keeping the old favorites like the mezzas and kabobs. The Lebanese and Mediterrean cuisine is endlessly diverse, and we are always introducing new dishes. To maintain quality, we prepare our food fresh each day, from scratch and without preservatives, and we source ingredients from many local farms.

Why is Mediterranean cuisine so popular now?
Mediterranean and Lebanese cuisine has been trendy for many years. For carnivores, our lamb and chicken kabobs have always been very popular. But we have also been a safe haven for vegetarians, who influenced dining options starting in the 1990s, and for vegans, who also started influencing dining options in the late 1990s and early in the 2000s. Lately, there have been many customers seeking gluten-free options, and our cuisine is 90-percent gluten free without making modifications or compromising taste – tabouli, falafel, hummus, kabobs and rice are great gluten free options. And for those paleo dieters we have a lot to offer as well. Finally, the Mediterranean diet in general has been recommended as heart healthy, as well as being delicious.

During your nearly 30 years of business, what do you think the largest changes in your industry have been and how have they affected your business?

As one of Portland’s first Lebanese (Mediterranean) restaurants, we have gone from being pioneers at a time when customers were reluctant to try ethnic foods to a huge melting pot of ethnic cuisines today. My parents in the 1980s used pizza and calzones on an A-frame outside the restaurant to lure people in. Then they would offer free samples of our own food. Now, we have a more foodie culture in Portland that seeks out ethnic  food, we have a more diverse population that has influenced the local tastes, and Mediterranean food, in particular, has achieved recognition for being a healthy option when eating out.

But, overall there have not been major challenges, as we have seen opportunities grow for ethnic restaurants. There are a couple of minor, ongoing challenges that we share with all entrepreneurs. We have to work hard in quality control, maintaining consistency in food preparation and customer service. For us, the key is treating our employees like family, showing them how we appreciate them, and leading by example. The other minor, ongoing challenge is dealing with increases in operational costs, which have skyrocketed over the past 10 years, causing us to tighten our belts to keep prices reasonable. This has allowed us to establish three thriving locations.

If someone has never been to your restaurants, what would you recommend they try on their first visit?
A popular option for the adventurous first-time visitor is one of our 4 different Mezza plates, which provides a kind of sampler of different foods to satisfy different tastes and dietary restrictions. For the less adventurous, I’d recommend the chicken and lamb kabobs, the jasmine rice, traditional Gyros sandwiches with mouth-watering taziki, or our Lebanese salad with piles of cucumber, olives, feta cheese and our homemade garlic tahini vinagerette dressing.

Other than your own restaurants, what are your favorite spots to dine and why?
We especially like to support other local restaurants. Some of our favorites are Mother’s Bistro – Lisa Schroder is a phenomenal chef – and Imperial by the food artist Chef Vitaly for special occasions. The Local Cow in downtown Gresham has the best burgers in town. We also love Indian food, and our favorite is Bombay Cricket Club – they are as authentic as it gets.